For over 20 years, Baldwin Living’s CEO Paul Burkett has been involved in looking after people in various forms of accommodation. Beginning in the hospitality industry, he soon became a General Manager for high-end resorts and hotels both nationally and internationally. Recognised as a leader in the field, he was subsequently appointed Chairman of the Australian Hotel Association for NSW. He later established an independent hotel chain for a private owner in Australia and New Zealand.

Moving to a retirement and aged care group marked an exciting change in career direction for Paul. This group expanded from a base of five facilities in NSW to over 30 facilities in five states, with such notable success that a large national corporation acquired it in 2011.

With the experience gained from over 20 years managing and providing services to people, Paul is looking forward to working with the dedicated teams at the villages and HomeServe across Sydney, Melbourne, Brisbane, Gold Coast and Hobart, and continuing to grow Baldwin Living to meet the needs of existing and future residents.

A qualified chartered accountant having extensive experience in big four chartered accounting firms specialising in statutory audits and compliance, due diligence, acquisitions and business process improvements over a period of 9 years.

Following this Abinesh moved into commerce working with US Multinational Companies and ASX listed entities. Abinesh joined an ASX listed pure retirement living and aged care group which grew from an initial base of five facilities to operating and managing more than 35 facilities in Australia. Abinesh was instrumental in developing and implementing a business process efficiencies and a scalable systems platform in this group which  prompted a large national property corporation to acquire this group.

Abinesh has since joined Baldwin Living to continue with his passion to service the elderly in our community through his proven ability to improve business growth and operations through financial and operational process improvements, internal controls and efficiency improvements and strong competencies in technical accounting, corporate governance, systems and process design and implementation and team management and development. 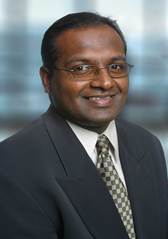